Dimitri's Cross: The Life & Letters of St. Dimitri Klepinin, Martyred during the Holocaust 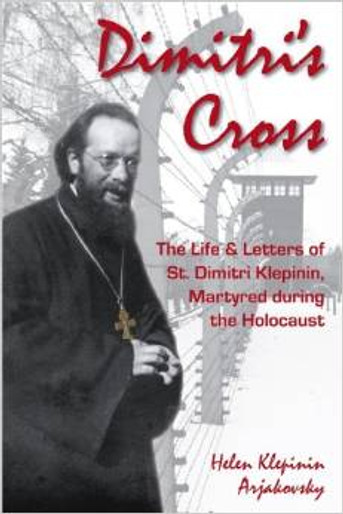 Dimitri's Cross: The Life & Letters of St. Dimitri Klepinin, Martyred during the Holocaust

In February of 1943, Father Dimitri Klepinin, an Orthodox priest serving the Russian emigre community in occupied Paris, was arrested by the Nazis for issuing false baptismal certifi cates to Jews. One year later, he died in the concentration camp at Dora a camp known as "the Man-Eater." Father Dimitri, an associate of Mother Maria Skobtsova, was glorified by the Orthodox Church on January 16, 2004. In this volume, his daughter lovingly tells the story of her father s life, from his childhood in prerevolutionary Russia to his martyrdom. It is a story of a man whose entire life was founded on love for his God, his faith, his family, his people, and all those who came to him for help. The final section of the book consists of Fr. Dimitri s letters to his wife from his initial confinement at Compiègne. In these letters we glimpse the humble, dauntless spirit of a man whose reliance on Christ was absolute and whose devotion to serving his fellow man did not waver, even to the grave.

Life and Letters of Theoleptos of Philadelphia, The

Cross - Wooden on a Red Cord