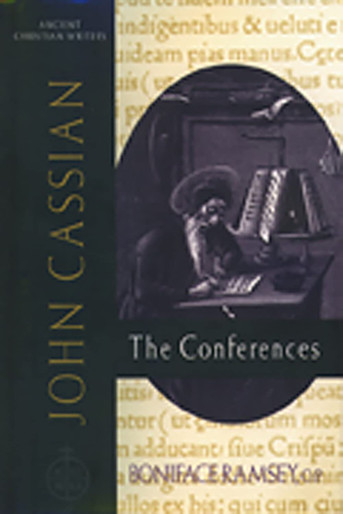 Since its inception in 1947, the Ancient Christian Writers series has become one of the world's premier patristic collections. Founded by the renowned scholars Johannes Quasten and Joseph Plumpe at The Catholic University of America, the series has grown to fifty-seven volumes over fifty years. Translations of the works of Augustine, Basil, Theodoret, Palladius, Chrysostom, Tertullian and, most recently, Justin Martyr are found amongst the thirty-six authors whose writings comprise the series. Widely recognized as the authoritative American patristic project, the Ancient Christian Writers series launches its second fifty years with the long-anticipated publication of John Cassian's The Conferences, translated and presented by Boniface Ramsey, O.P.

The first complete translation into English of The Conferences, Ramsey's rendering of Cassian is the only extensively annotated edition since the seventeenth century. Included are introductory essays, notes and a useful series of indexes. Popular for centuries in both the East and West, this work will now be available to a wider audience of scholars, students and spiritual seekers.

Anticipated in the next two years are John Cassian's The Institutes (completing the publication of his monastic and ascetical writings in the Ancient Christian Writers series), never-before-published correspondence of Popes Damasus and Liberius, as well as the catechumenate sermons of the North African, Quodvultdeus. As always, each volume will present the reader with a high quality English translation, notes and a scholarly introduction.

A 30 Day Retreat: A Personal Guide to Spiritual Renewal