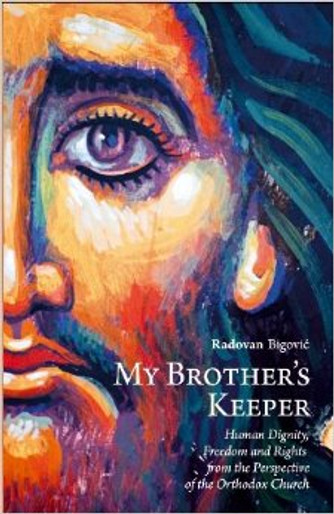 Human Dignity, Freedom and Rights from the Perspective of the Orthodox Church - Rare are the books of Orthodox Christian authors that deal with the subject of politics in a comprehensive way. It is taken fro granted that politics has to do with the secularistzed (legal) protection of human rights (a reproduction of the philosophy of the Enlightenment), within the political system of so-called "representative democracy", which is limited mostly to social utility or to the conventional rules of human relations. Most Christians look at politics and democracy as unrelated with their experience of the Church herself, which abides both in history and in the Kingdom, the eschaton. Today, the commercialization o politics - its submission to the laws of publicity and the brainwashing of the masses - has literally abolished the "representative" parliamentary system. So, why bother with politics when every citizen of so-called developed societies has a direct everyday experience of the rapid decline and alienation of the fundamental aspects of modernity? In the Orthodox milieu, Christos Yannaras has highlighted the conception of the social and political event that is borne by the Orthodox ecclesiastical tradition, which entails a personalistic (assumes an infinite value of the human person as opposed to Western utilitarian individualism) and relational approach. Fr. Radovan Bigovic follows this approach, in this book the reader will find a faithful engagement with the liturgical and patristic traditions, with contemporary thinkers, Orthodox and non-Orthodox, all in conversation with political science and philosophy. As an excellent Orthodox theologian and a proponent of dialogue, rooted in the catholic (holistic) being of the Orthodox Church and of his Serbian people, Fr. Radovan offers a methodology that encompasses the above-mentioned concerns and quests.

My First Book About Baptism and Chrismation - My First Series #7

My First Book of Orthodox Words

My Baptism, An Illustrated Guide for Children with Activities

Mother of Orphans: St. Sophia of Thrace, Paterikon For Kids 24

My Pentecostarion Coloring Book with Poster and Stickers