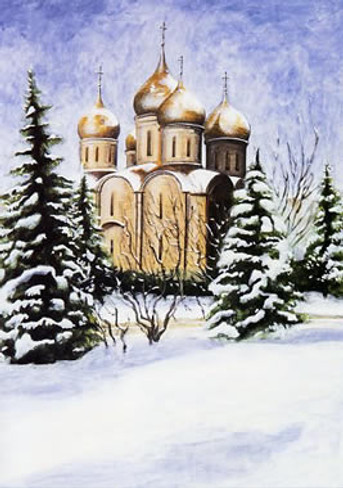 The Church was built between 1475-1479 by the Italian archetect, Aristotle Fioravanti at the centre of the Kremlin (Slavonic for citadel) complex in Moscow, the new capital of what was to later become the Russian Empire.

All the Tsars and Tsarinas of Russia were crowned in this Cathedral and here were celebrated the marriages of the Imperial Family.