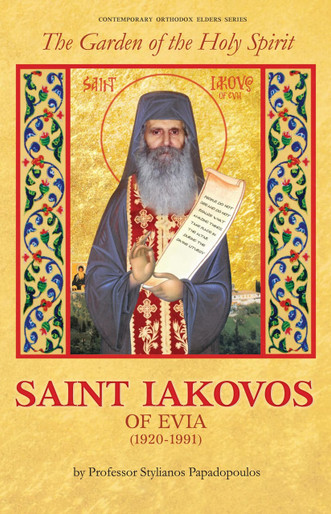 From his earliest years Iakovos Tsalikis wanted to become a monk, but he would have to wait. The world had to get to know him and he had to get to know the world. Born in Livisi, a picturesque village in Asia Minor, the Tsalikis family was forcibly uprooted from their ancestral homeland. Leaving the life they knew behind, they took with them what was their true life - their Faith. Resettled in Northern Evia, the future Saint was raised in piety and trained in virtue by his grandmother Despina and mother Theodora. Iakovos worked hard alongside his father, Stavros, and eventually became the provider for the family. At the age of 32, he realized his calling in life by entering the Monastery of Saint David the Elder in Evia, living the rest of his life there as a monk. He rose above insurmountable obstacles, labored ascetically beyond what is human and suffered greatly for the sake of Christ. He received divine gifts as his reward, including clairvoyance and miracle-working, becoming an Elder of great stature. The author of this book, Professor Stylianos Papadopoulos, was blessed to know the Elder personally. His intimate knowledge of the Elder’s life together with his literary talent make the story on these pages come alive. God has not left us without Saints in our age of falsehood and agnosticism. Saint Iakovos intercedes for us today, now glorified among the Saints in heaven. From the vivid, lively stories in this book, may we be moved to glorify God and ask Saint Iakovos to intercede for us!

The Mystery of Holy Baptism

The Silver Series, Volume 2: On the Holy Spirit