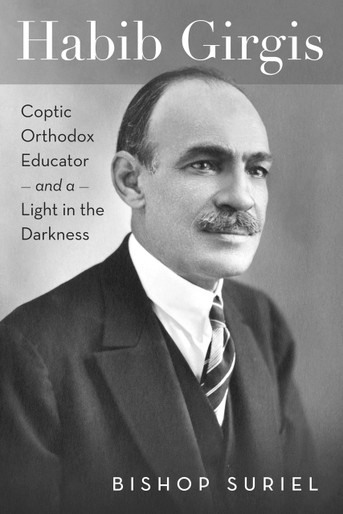 This is the first comprehensive work published on the life of Habib Girgis. By the mid-nineteenth century, the Coptic Orthodox Church was in a state of deep vulnerability that tore at the very fabric of Coptic identity. In response, Girgis dedicated his life to advancing religious and theological education.

This book follows Girgis’ six-decade-long career as an educator, reformer, dean of a theological college, and pioneer of the Sunday School Movement in Egypt—including his publications and a cache of newly discovered texts from the Coptic Orthodox Archives in Cairo. It traces his agenda for educational reform in the Coptic Church from youth to old age, as well as his work among the villagers of Upper Egypt. It details his struggle to implement his vision of a Coptic identity forged through education, and in the face of a hostile milieu.

The pain and strength of Girgis are seen most clearly near the end of his career, when he said, “Despite efforts that sapped my health and crushed my strength, I did not surrender for one day to anyone who resisted or envied me…. Birds peck only at ripe fruits. I thank God Almighty that, through his grace, despair never penetrated my soul for even one day, but in fact I constantly smile at the resistances…. It is imperative that we do not fail in doing good, for we shall reap the harvest in due time, if we do not weary.”

Habib Girgis remains a pioneer of Coptic religious and theological education—a Copt whose vision and legacy continue to shape his community to this very day.

About the Author: Bishop Suriel holds a PhD from Fordham University in New York, and is Dean of St Athanasius College in Melbourne, Australia. He is also Senior Lecturer of Religious Education, Pastoral Ministry, and Coptic History. Bishop Suriel is the translator of Pope Shenouda III’s The Life of Repentance and Purity, published by SVS Press and SAC Press in the Coptic Studies Series.

In Albania - Cross and Resurrection