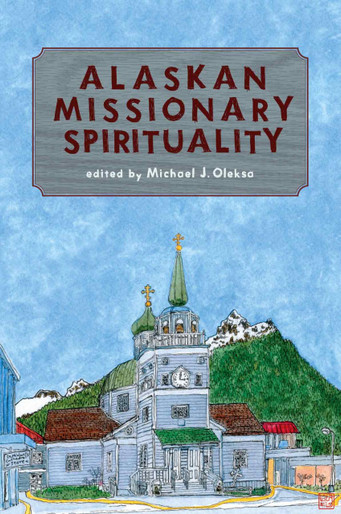 Alaskan Missionary Spirituality may be the most important collection of documents that illustrate the spirituality of the Alaskan Orthodox missionaries. The republication of this book is truly a missionary endeavor that will transmit the story of Orthodoxy in Alaska to a broad audience of believers and non-believers.

During the 18-19th centuries, a drama unique to the history of Christian missions occurred on Kodiak Island and in the Yukon Delta, in Alaska. There, Orthodox priests and lay people from Russia evangelized the Aleutian people by correlating traditional Orthodox Christian doctrine with the pre-Christian beliefs and customs of the Alaska natives. A collection of documents illustrating the spirituality and methodology of the Alaskan Orthodox missionaries comprises this volume, which contains many works never before published in English. Included among the many selections are: letters of the Monk Herman (St. Herman) to Simeon Yanovskii; Indication of the Way into the Kingdom of Heaven, by Bishop Innocent [Veniaminov] (St. Innocent); the diary of Aleut priest Iakov Netsvetov at Atka; and the Valaam Monastery's 1894 Report from Kodiak.

About the Editor:  Archpriest Michael J. Oleksa came to Alaska in 1970 at the invitation of the Alutiiq village of Old Harbor on Kodiak Island. He has served as an Orthodox priest in over a dozen native villages, and held positions as a university professor, a seminary administrator, and the Chancellor of the Diocese of Alaska. In 1988 he completed his doctoral degree at the Orthodox Theological Faculty in Presov, Slovakia, with an emphasis in Native Alaskan History during the Alaska-Russian period (1741-1867). He is recognized as an "Elder" by the Alaska Federation of Natives, a Distinguished Public Servant by the Board of Regents of the University of Alaska, and has been honored by the Alaska State Legislature and the National Governors Association. He has also written Orthodox Alaska, published by St Vladimir's Seminary Press.

Beauty for Ashes: The Spiritual Transformation of a Modern Greek Community