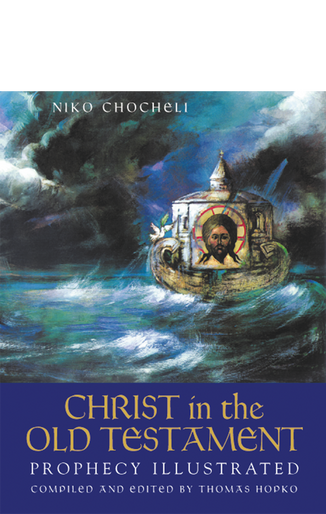 Then Jesus said to them, "these are my words which I spoke to you, while I was still with you, that everything written about me in the law of Moses and the prophets and the psalms must be fulfilled." Then he opened their minds to the Scriptures.

Images of Christ, cast as shadows in Old Testament texts, illuminate this book of biblical prophecy for young and old alike. Illustrator Niko Chocheli creates a stunning graphic dialog between the voice of the prophets and the coming Christ who eternally rests in their words. The Son of Man whom Daniel saw in night visions, the Branch of Jesse whom Isaiah saw shoot forth, and the apparitions of other prophets emerge as vivid icons of our Lord.

About the Author:  Niko Chocheli was born in Tbilisi, Republic of Georgia, where he graduated with honors from Tbilisi Nikoladze Art College and Tbilisi State Academy of Fine Arts. Chocheli has received numerous awards for his artistic achievements. He has illustrated three other children's books for SVS Press, The Book of Jonah, The Praises, and Prepare O Bethlehem! All of which have been praised for artistic originality. Niko lives in Pennsylvania with his wife Kristin, where he runs his own art school. He is also the author of Prepare O Bethlehem! and The Praises, both available through SVS Press.

Handbook on the New Testament Use of the Old Testament