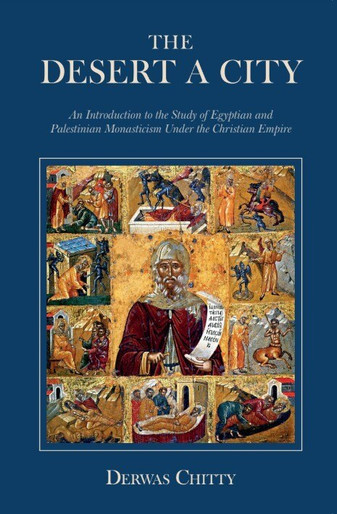 This study of early Christian monasticism by Derwas Chitty has already proved to be a classic. No other account of this vital period in the history of the monastic movement equals it for detailed scholarship combined with vivid and dynamic writing.

Dr. Chitty, one of the major scholars in this period, deals with the golden age of Egyptian monasticism and describes the three founders of the movement, Anastasius, Anthony and Pachomius. He follows the development of monastic life in all its forms in Egypt to the end of the fourth century, when the center shifted to Palestine; the following chapters are devoted to accounts of the great ascetics of Palestine.

The controversies surrounding the monastic movement are examined in their political and ecclesiastical aspects and the book concludes with an account of the monastic history of Mount Sinai.

This book contains a wealth of material indispensable to any serious student of monasticism; it is also a book which will bring alive for any reader the great questions underlying monasticism in any age. As Dr. Chitty writes in his prologue,

This making a City of the Wilderness was no mere flight...it was rooted in a stark realism of faith in God and acceptance of the battle which is not against flesh and blood... Has it not its challenge for today?

Harlots of the Desert, The