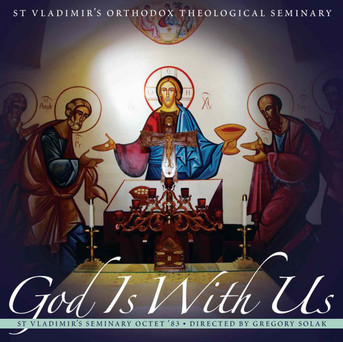 This recording by the 1983 St Vladimir"s Seminary Octet features hymns sung in English to the incarnate and risen Lord, selected from the services of the Orthodox Church. The chants and melodies are representative of the rich tradition of Orthodox liturgical music and include Byzantine and Russian chants, compositions, several of which have been done by students at the Seminary.

Christ has come and had inaugurated a new time and a new life which are eternal. It is Christ, the Messiah, the Light of the World, the King of Kings, and the Lord of Lords who comes to "dwell among us." "God is with us" and heaven and earth are united! Life in its fullness is restored by the Coming of the One who is Himself Life.

This recording is dedicated in thanksgiving to the memory of Gregory Solak. Memory eternal!

God With Us: Critical Issues in Christian Life and Faith

God is with Us

Word of the Cross, The (CD)