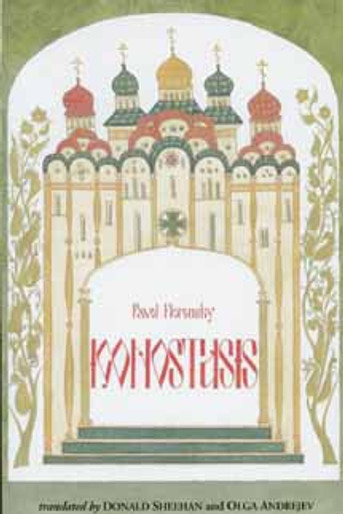 Iconostasis is Fr Pavel Florensky’s final theological work. Composed in 1922, it explores in highly original terms the significance of the icon: its philosophic depth, its spiritual history, its empirical technique. In doing so, Fr Pavel also sketched a new history of both Western religious art and the Orthodox icon: a history under the direct operation of the Holy Spirit. This work is original, challenging and profoundly articulate. This translation is the first complete English version.

Fr Pavel Florensky was a brilliant philosopher, theologian, scientist, and art historian who, in 1911, became an Orthodox priest. By the time of the 1917 Bolshevik revolution, Fr Pavel had become a leading voice in Russia's great movement in religious philosophy, a movement whose roots lay in the rich ground of nineteenth-century Russian monasticism and whose branches included the work of Bulgakov, Berdiaev, and Solovyev. In the 1920s and 1930s the Soviets violently destroyed this splendor of Russian religious thought. In 1922, Fr Pavel was silenced, and, after a decade of forced scientific work for the regime, he was arrested on false charges, tried, imprisoned, and, in 1937, murdered by KGB directive. Aleksandr Solzhenitsyn honored Fr Pavel in The Gulag Archipelago.

About the Translators: Donald Sheehan, Ph.D., teaches English and Classics at Dartmouth College. He is a subdeacon at Holy Resurrection Orthodox church in Claremont, New Hampshire. Olga Andrejev was educated in St Petersburg and holds a graduate degree in mathematics. She is married to the iconographer Vladislav Andrejev and lives in upstate New York.