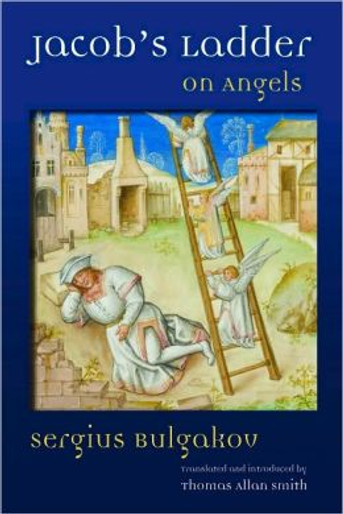 Few of the great Russian author Sergius Bulgakov's writings achieve the lyrical heights of Jacob's Ladder. In this book, originally published in 1929, Bulgakov explores the doctrine of angels and their importance for contemporary humanity. He frames his work with meditations on the meaning of love, not as a sentimental indulgence, but as a way of understanding the deep, tender, self-sacrificing, personal knowledge that is both at the heart of a Trinitarian God and in the midst of relationships between human beings and their guardian angels. These discussions on the creation, function, nature, appearances and incorporeality of angels lead also to reflections on the incarnation and human nature, especially the role of the sexes, death, and the Christian hope of resurrection.

Jacob's Ladder completes the development of Divine Sophia -- on the Wisdom of God in creation -- begun in The Burning Bush and The Friend of the Bridegroom, which together constitute Bulgakov's first dogmatic trilogy.

Is Dating Your Road Map to Engagement?

Jesus: Fallen? The Human Nature of Christ Examined from an Eastern Orthodox Perspective