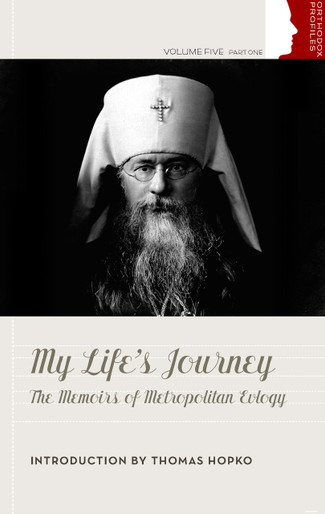 Few churchmen have had a more formidable impact on twentieth century Orthodox Christianity than Metropolitan Evlogy (Georgievsky). These personal memoirs, bridging two centuries, vividly bring to life perhaps the most tumultuous period of Russian history—from his election to the Second and Third State Dumas of 1907–12 to the chaos of the First World War and his participation in the All-Russian Council of 1917 amidst the fires of revolution.

A whole new chapter in his life, and for Orthodoxy in the West, began in the wake of the Russian Revolution, as he became a leader of Russian émigré life in Paris. Shielded from the ravages of the Bolshevik regime inflicted on his native Church, Metropolitan Evlogy continued the Russian religious renaissance that had climaxed at the 1917 Council and brought it to a world completely unfamiliar with Orthodoxy.

These memoirs encapsulate the life of a missionary and visionary, of someone who was compelled to leave his home but who then took that next, courageous step and looked forward with his faith, seeing all around him Orthodoxy’s enormous potential for growth. This work will stand as enduring testaments to his unflagging love for his flock of fellow refugees and to his vision to transplant and nurture Orthodox Christianity beyond her native soil.