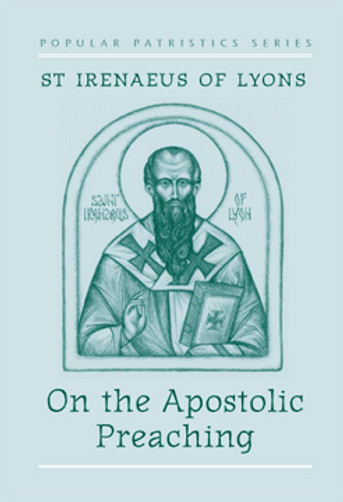 St. Irenaeus was, undisputedly, the most important theologian of the second century who laid a firmer foundation for all future Christian thinkers. Both in his work, Against the Heresies and in this present study, Demonstration of the Apostolic Preaching, St. Irenaeus explains that there is but one God, made known to the human race by his one Son, Jesus Christ, through the one Holy Spirit, and this one God brings his creatures made from dust into intimate communion with himself. Writing in an age not unlike our own, among a plethora of religions and diverse gods, he exhorts his readers to hold fast to Scripture, which recounts the deeds that bring them into the covenant established by God.

This version, translated from Armenian, clearly and simply introduces this crucial work by a church father whose Christocentric exegesis produced the key that unlocked scriptural understanding for his contemporaries, and for us.

About the Author: The Very Rev. Dr John Behr is former Dean and Professor of Patristics at St Vladimir’s Orthodox Theological Seminary. He is Editor of the Popular Patristics Series and the author of The Way to Nicaea, The Nicene Faith, The Mystery of Christ: Life in Death, and Becoming Human, all available from SVS Press.