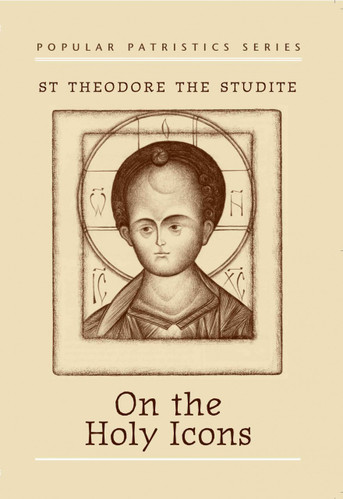 To many modern Christians the question of icon veneration may seem a marginal issue in theology. To St Theodore the Studite, writing in the midst of the iconoclastic controversy of the eighth and ninth centuries, it was clear that iconoclasm is a serious heresy, which alienates its followers from God as much as any other heresy. That is to say, rejection of Christian veneration of images effectively denies God's incarnation, which alone makes human salvation possible. If Christ could not be portrayed, then He was not truly man, and humanity was not truly united with God in Him. In our own day, when the material world so often is regarded as mere matter, incapable of being transfigured in Christ, St Theodore's message remains remarkably pertinent.

This text was translated by Catharine P. Roth.

Panagia Paramythia of the Holy Mount Athos, Holy Icons of the Panagia 2

Panagia of Ayia Napa, Holy Icons of the Panagia 5

Three Treatises on the Divine Images: St. John of Damascus