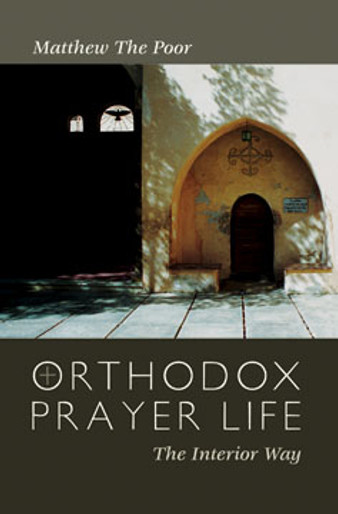 Saints who experience the power of prayer say it gives them wings to fly: wings of elation from being in proximity with Jesus Christ and relief from the burden of a sinful conscience. Once engulfed in the grace of the Holy Spirit, the person in prayer experiences death to sin, resurrection in the Spirit, and mystical ascension to the Father. The visible touches the Invisible, and joy wells up in the heart.

This volume evolved experientially: the fruit of fifty-five years of solitude by a contemporary desert monk devoted to prayer. Father Matta's prayer life initially was formed under the direction of the sayings of the Russian Fathers, and later expanded under other Fathers, both Eastern and Western. He spent whole nights in prayer, reciting one or two passages from these luminaries and begging these saints to enlighten his understanding.

Desiring to share the lessons he learned, and compelled by the Holy Spirit to do so, he wrote this volume so that he might impart to his readers "a whole course" on the life of prayer.

About the Author: Fr Matta El-Maskeen (Matthew the Poor) was a monk in the Monastery of St Macarius the Great, Wadi El-Natroun, Egypt. He is also the author of Communion of Love, published by St Vladimir's Seminary Press. He died in 2006.

Praying with the Orthodox Tradition