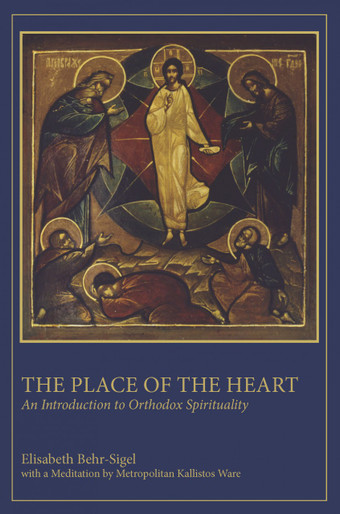 In this introductory study, the author describes the basic essential elements of Orthodox spirituality, "six great currents which meet, mix together and perpetuate themselves in the vast river which is the spiritual tradition of the Church":

1) the spiritual element, the Psalms and the Gospels;

5) the liturgical element; and,

Ms. Behr-Sigel guides the reader along the road of silence toward that absolute center which is only accessible through sacrifice. This road is the specific path of the "lay monk," but it is also for all baptized people who are called to adapt it to the needs of modern man "who is drowning in a sea of noise and meaningless clatter."

The chapter on the "Power of the Name" by Metropolitan Kallistos Ware completes the work by presenting the spirituality of the Jesus Prayer itself. The power of the Name rekindles in us the burning bush of transcendence, being the place "where we stop talking and listen to the wordless voice of God in our heart." This is the "place" of unification and authentic prayer.

This book becomes a meeting with the contemporary West since so many of the spiritual masters referred to are jointly venerated by both East and West. There are meetings, exchanges and points of convergence here with the West, after a thousand year estrangement. This represents a new stage in the development of Orthodox spirituality, which is presented as a dynamic process, rather than one only of historical expression. It provides the hope of a true and durable meeting of separated Christians at a time when the borders between East and West, spiritually, are still being reopened.

The Hidden Garden - A Story of the Heart