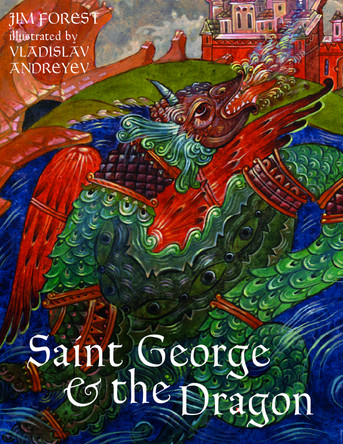 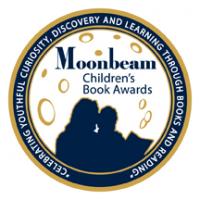 Gold-Medal Recipient of the 2012 Moonbeam Spirit Award for Preservation

This beautifully-illustrated book, with 13 full page illustrations, relates the often-told story of St George and the dragon, with an afterword that looks at the real meaning of the legend.

The St. George of myth was a knight in armor who fought a dragon to save a princess, but the real George never saw a dragon nor did he rescue a princess in distress. We are not even sure whether he had a horse or possessed a sword.

A Christian convert born late in the third century after Christ, George was one among many martyrs of the early Church. What made George a saint among saints was the completely fearless manner in which he openly proclaimed his faith during a period of fierce persecution when many other Christians were hoping not to be noticed. For this George was arrested, tortured and beheaded. The probable scene of his martyrdom was in the town of Diospolis in Asia Minor. His witness led to the conversion of many and gave renewed courage to others already baptized.

In early icons, George was shown dressed as a soldier and holding the cross of martyrdom, but in the course of centuries the dragon legend emerged. It has been told in many variations, but in its most popular form it concerns a dragon living in a lake who was worshiped by the unbaptized local people, who in their fear sacrificed their children to appease the creature. Finally it was the turn of the king's daughter, Elizabeth, to be sacrificed. While going toward the dragon to meet her doom, Saint George appeared riding a white horse. He prayed to the Father, Son and Holy Spirit, then transfixed the dragon with his lance. Afterward Elizabeth led the vanquished creature into the city. Refusing a reward of treasure, George called on the local people to be baptized. The king agreed, also promising to maintain churches, attend church services and show compassion to the poor.

Saint George and the Dragon for Children