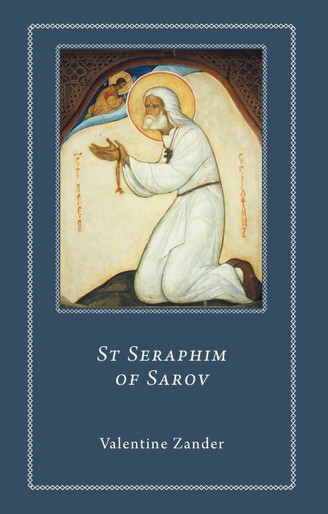 Orthodox spirituality has produced many holy and famous men, but none in recent centuries to compare with St Seraphim, starets of the monastery of Sarov, in Russia. After an initial period as a monk working within the community, he became a hermit, living deep in the forests in a world of solitude which was destroyed only when he was attacked by brigands and returned to the community. In 1825, after fifteen years of living in silence, Seraphim began to receive visitors and to spend his energies for their spiritual direction. By means of his faith and asceticism he performed a number of miracles. His fame and humility brought to him for advice a steady stream of visitors, including religious and royalty. His humility and his concern for people made Sarov a center of pilgrimage until the events of the 1917 revolution.

Valentine Zander has constructed his biography from the notebooks of people who knew St Seraphim, the nuns whose spiritual director he became, the people whose lives he influenced, and the clergy who sought his advice. She adds to this information her own recollections of pilgrimages to Sarov before 1917. The life of the starets is told with a touching simplicity that allows his life and work to be their own witness.

The Lion and the Saint

Joy of the Holy: Saint Seraphim of Sarov and Orthodox Spiritual

Joy of the Holy: Saint Seraphim of Sarov and Orthodox Spiritual