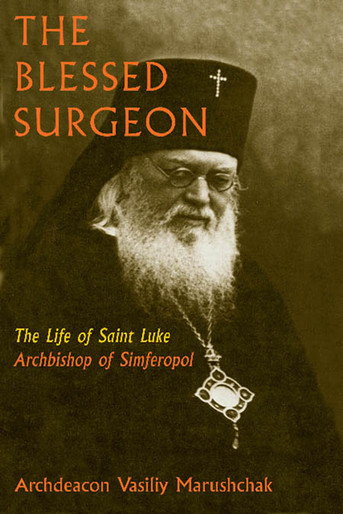 World-famous pioneering surgeon, tortured confessor, archbishop, and miracle-worker- Saint Luke is one of the most intriguing victims of Soviet oppression. Outspoken regarding his faith- he would lecture on surgery in universities wearing his cassock and cross- he was exiled and tortured multiple times. Yet the authorities could not deny his exceptional medical skills: he was appointed chief surgeon overseeing the treatment of injured soldiers during World War II, and he received the Stalin award for his innovative surgical work. This book documents his personal spiritual struggles, his self-sacrificing love for patients, his miracles, and his bold spiritual guidance during the Church's most difficult period in Russia.

'Our government is atheistic; they are non-believers. A handful of Russian believers are left, and others endure iniquities... You can say that the government has afflicted you Christians. Well, yes, it has. But recall the ancient times, when Christian blood ran in streams for our Faith. This is the only way the Christian Faith is strengthened. All this comes from God.'

Honey - Blessed at the Hermitage of the Holy Cross, 1 Pt.

The Life and Miracles of Blessed Xenia of St. Petersburg

Akathist to the Righteous Joachim and Anna for Blessed Married Life