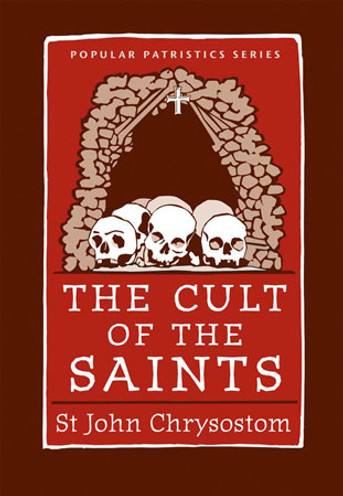 The cult of the saints is a phenomenon that expanded rapidly in the fourth century, and John Chrysostom's homilies are important witnesses to its growth. Until now, the majority of John's homilies on the saints and martyrs have been ignored. However, in this volume, author Wendy Mayer investigates the liturgical, topographical, and pastoral aspects that marked the martyr cult at Antioch and Constantinople in John's time.

The cult's original point of focus was the Christian martyrs--those followers of the Jesus movement--who died in confession of their faith, either at the hands of other Jews or at the hands of the Roman administration. Mayer pinpoints several conceptual shifts that identified and shaped this cult: the imitation of Christ's own death; the creedal declaration "I am a Christian"; the sense of privilege bestowed upon martyrs; the ritual purity of relics; public veneration of the departed; and places made holy by martyrs' blood.

This rich collection includes homilies on martyrs Meletius, Eustathius, Lucian, Phocas, Juventinus and Maximinus, Ignatius, Eleazar (and the seven boys), Bernike, Prosdoke and Domnina, Barlaam, Drosis, and Romanus. It also includes speeches on Egyptian martyrs and on all the martyrs. To round out the volume, a letter written by John from exile concerning the use of martyr relics in a mission context and a letter in Latin in which Vigilius, Bishop of Tridentum, offers fresh Italian relics to John have been included.

The cult of the saints is still very much alive in Roman Catholic and Eastern Christian piety. There are still parts of the world where the cult is observed in ways that differ little from those which were established at its very beginning. In this respect, the homilies that John Chrysostom preached on the feast days of his local saints and martyrs remain fresh and alive for us today.

About the Author: Wendy Mayer is a Queen Elizabeth II Research Fellow and Deputy Director at the Centre for Early Christian Studies at Australian Catholic University.