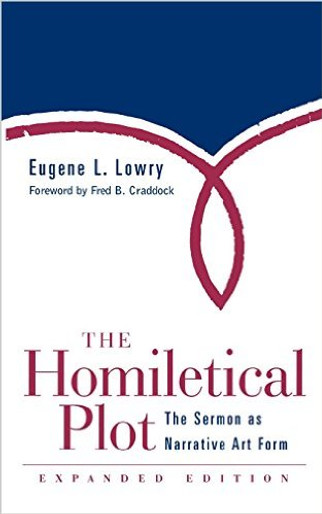 Now in a reissue with a new foreword by Fred B. Craddock and an afterword by the author, Eugene L. Lowry, The Homiletical Plot, Expanded Edition follows in the same solid tradition of its predecessor. Upon its release, The Homiletical Plot quickly became a pivotal work on the art of preaching. Instead of comments on a biblical passage, Lowry suggested that the sermon follow a narrative form that  moves from beginning to end, as with the plot of a story. This expanded edition continues to be an excellent teaching resource and learning tool for all preachers form introductory students to seasoned clergy.

“When it comes to the question of how sermons move, nobody maps and explains, persuades and inspires like Gene Lowry. It is difficult to imagine what the last two decades of twentieth century preaching would have been like without The Homiletical Plot and a relief to know that the influence of this seminal work will be felt into the new millennium.” -Jana Childers, Professor of Homiletics and Speech Communication, San Francisco Theological Seminary

Fred B. Craddock is Bandy Professor of Preaching Emeritus at the Candler School of Theology, Emory University in Atlanta. He is the author of The Cherry Log Sermons from Westminster John Knox Press.

Miracles of the Lord - Sermons by Saint Gregory Palamas

Sing to Your Soul, The Narrative of Salvation History, Vol. 1

The Grace of Incorruption: The Selected Essays of Donald Sheehan on Orthodox Faith and Poetics

The First and Finest: Orthodox Christian Stewardship as Sacred Offering