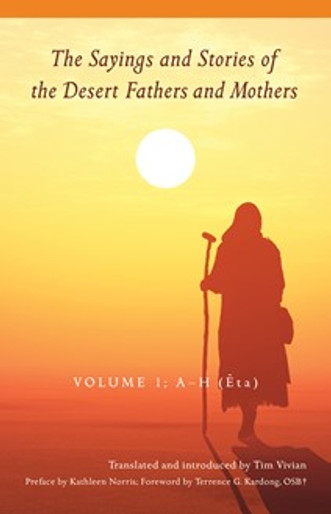 The fourth-century ascetic flight to the desert indelibly marked Christianity. The faithful who did not embrace the austerity of the desert admired those who did and sought them out for counsel and consolation. The 'words' the monks gave were collected and passed around among those too far away or too feeble to make the trek themselves - or lived generations later. Previously available only in fragments, these Sayings of the Desert Fathers are now accessible in its entirety in English for the first time. We have a great deal to learn from their integrity and their unrelenting courage, from their vision of God - so Holy, so great, possessed of such a love, that nothing less than one's whole being could respond to it. These were men and women who had reached a humility of which we have no idea, because it is not rooted in an hypocritical or contrived depreciation of self, but in the vision of God, and a humbling experience of being so loved. They were ascetics, ruthless to themselves, yet so human, so immensely compassionate not only to the needs of men but also to their frailty and their sins; men and women wrapped in a depth of inner silence of which we have no idea and who taught by 'Being', not by speech: 'If a man cannot understand my silence, he will never understand my words.' If we wish to understand the sayings of the Fathers, let us approach them with veneration, silencing our judgments and our own thoughts in order to meet them on their own ground and perhaps to partake ultimately - if we prove able to emulate their earnestness in the search, their ruthless determination, their infinite compassion—in their own silent communion with God.

Encounters on the Holy Mountain - Stories from Mt. Athos