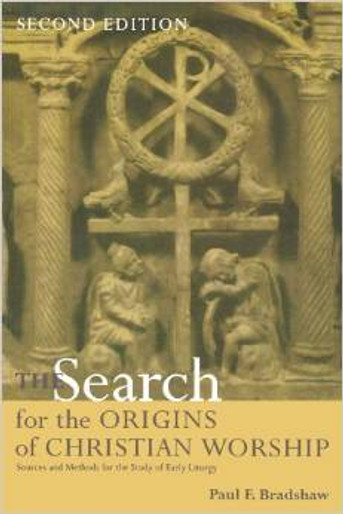 The Serach for the Origins of CHristian Worship examines critically the sources for CHristian liturgical practices in the first three centuries an ddiscusses how these practices should be interpreted in order to avoid projecting modern concerns on to ancient times. Paul F. Bradshaw explores the variety of practices in the early Church and looks at the emergence of the classical shape of Christian liturgy as various traditions were brought together in the fourth century.

Paul F. Bradshaw is Professor of Liturgy at the University of Notre Dame, Indiana, and Director of Undergraduate Studies at the University's London Centre. He is the author of Early Christian Worship (2000) and Ordination Rites of the Ancient Churches of the East and West (1990), and co-editor of The Study of Liturgy (1992).

Orthodox Christianity Volume IV: The Worship and Liturgical Life of the Orthodox Church

The Synaxarion: The Lives of the Saints of the Orthodox Church, Volume VI: July, August

The Service of the Anointing of the Sick