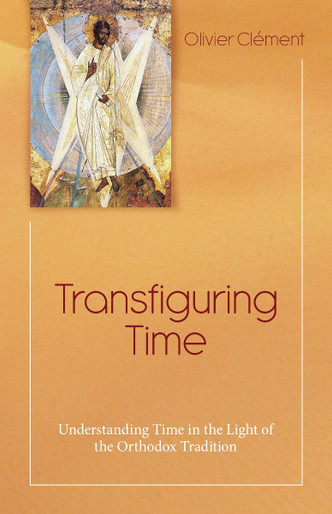 Clément's Transfiguring Time is an early work, written when he was 37. It carries all the excitement of his fresh encounter with Orthodoxy and the Fathers of the Christian Church. He draws on his deep study of Hinduism, Buddhism and Indian myths to differentiate the understanding of time and eternity in archaic religions, in Hinduism and in Buddhism, from the Christian and specifically Orthodox understanding of time and eternity. This new translation–the first one in English–aims to bring Clément's early work to a new generation of readers.

“Olivier Clément is one of the really original Christian minds of the last generation, poetic, visionary, and profound. His work is still exceptionally fresh, offering an exhilarating sense of the scale and beauty of traditional Christianity for our era, and it needs to be far more widely known. This fine translation of an early work of his shows the quality of his mind and imagination and I hope it will whet the appetite of many readers to discover more.”

“This wonderful early essay by Olivier Clément is a revelation, a great discovery. In a word I would call it a “springtime,” a look at God's relationship with us that is fresh, surprising in the best sense, even shocking. Enjoy the feast of riches!”

“This is a brilliant meditation on the mystery of time and eternity, produced in the mid-twentieth century by one of the last and most eloquent representatives of the “Paris School.” This unique book offers a profound Orthodox perspective that merits repeated readings.”

ABOUT THE AUTHOR
Olivier Clément (1921-2009) was one of the foremost Orthodox theologians of the 20th century. He taught at the Institute of St. Sergius at Paris and was a member of the Ecumenical Institute founded by L’Institut Catholique. His many works, published in various languages, cover a wide range of subjects.

The New Media Epidemic: The Undermining of Society, Family, and Our Own Soul