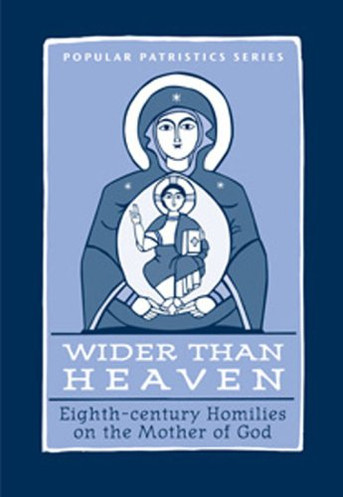 Mary, the Virgin of Nazareth, was chosen by God to conceive and give birth to his only Son, Jesus Christ, as foretold by the Old Testament prophets. At the Third Ecumenical Council (Ephesus AD 431) Orthodox bishops proclaimed that the Virgin Mary had contained God himself in her womb and, therefore, should be praised as "Birth-giver of God" for her essential role in the mystery of the Incarnation.

At the Church's recognition of her place in christological doctrine, popular veneration of the Virgin grew and feast days commemorating her began to be added to the Constantinopolitan Church calendar. The twelve sermons translated in this volume are the work of eighth-century preachers John of Damascus, Germanos of Constantinople, Andrew of Crete, John of Euboea, and Kosmas Vestitor and were likely preached in the course of all-night vigils for the feasts in honor of the Virgin.

Akathist to the Mother of God Healer of Cancer

Akathist to the Mother of God Inexhaustible Cup