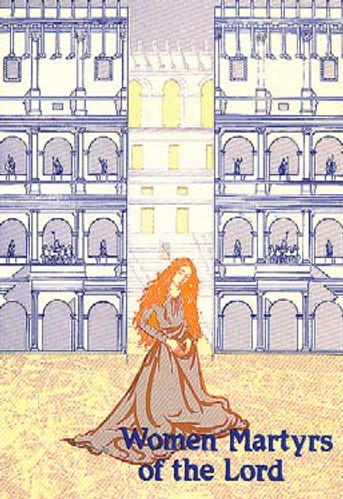 During the first three centuries of Christianity, martyrdom was a fact of life for those who confessed their faith in Jesus Christ. Age, sex, social status or profession in life exempted no one. Anyone who confessed belief in the Christian God and refused to offer sacrifice to the pagan gods was subject to torture, imprisonment and eventual, or immediate death. The cemeteries of ancient Rome, Africa and Asia Minor are filled with the graves – known and unknown – of these heroic Christians.

This booklet tells the lives of the female martyrs Perpetua and Felicitas, Barbara, Tatiana, Eugenia, and Agape, Chionia, & Irene.

Handmaids of the Lord

At the Ringing of the Bells - The Paschal Martyrs of Optina

Women and Men in the Church

God is Calling You