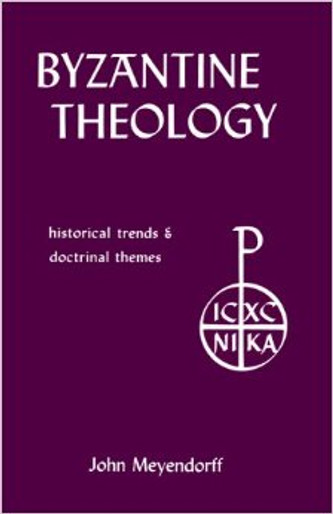 For over a thousand years, Eastern Christendom had as its center the second capital of the Roman Empire-Constantinople, the New Rome,or Byzantium. The geographical division between the Eastern and Western Churches was only one manifestation of deeper rifts, characterized by a long history of conflicts, suspicions, and misunderstandings. Although the art, monasticism, and spirituality of Byzantium have come to be recognized as inspirational and influential in the shaping of Eastern European civilization, and of the Middle Ages and the Renaissance as well, the West has been in the main ignorant of the historical evolution and the doctrinal significance of Byzantine theology.Here, for the first time in English, is presented a synthesis of Byzantine Christian thought. The reader is guided through its complexities to an understanding of Byzantium: its view of man and his destiny of deification; its ability to transcend the Western captivity; its survival under quite adverse historical circumstances. In the end, he may well find himself receptive to the basic positions of Byzantine thought, which have attained, in this time of need for the reintegration of Christianity itself, a surprising, contemporary relevance.

Canon to our Venerable Mother Mary of Egypt