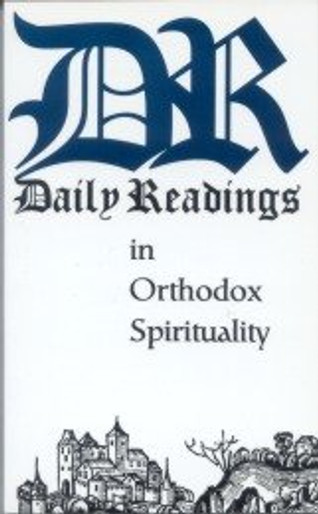 “I am an Orthodox Christian.” In the West, people often find this a confusing statement. Many feel that you have left out the necessary qualifier: “Do you mean Russian Orthodox or Greek Orthodox?” How are we to define this word “Orthodox” in a way that transcends and yet accounts for ethnic backgrounds? What sets apart the Orthodox from other Christians so that we find a book of readings which singles out the “Orthodox” tradition?

The purpose of the present book, aside from providing texts for reading and contemplation, is to introduce, explain, and celebrate the rich and joyous breadth of the Orthodox tradition.

Peter Bouteneff received his degree in music from the New England Conservatory in Boston. Following two years in Japan where he taught English and served in the Osaka parish of the Orthodox Church, he travelled through Asia and the monastic communities of Greece. He received a master of divinity degree from St. Vladimir’s Seminary and a master of philosophy degree from Oxford University under the direction of Kallistos Ware. He is presently in Geneva, Switzerland where he serves as Executive Secretary of the Faith and Order Commission of the World Council of Churches.