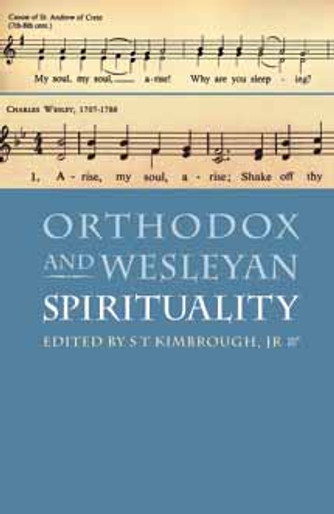 What can be learned about Christian faith and life in the original sources and authoritative witnesses of Eastern Orthodoxy and Wesleyan Methodism is boundlessly enlightening and life-giving. We thank God for raising up Christian scholars capable of offering these theological and spiritual treasures. -- Thomas Hopko, from the Foreword

In 1999, on the campus of St Vladimir's Orthodox Theological Seminary, Orthodox and Methodist leading scholars, clergy, and laity met to explore the roots of spirituality in both traditions. This volume explores the primary themes addressed at that consultation: holiness and perfection, the impact and influence of the Eastern Church upon John and Charles Wesley--the founders of Methodism--and the common foundational ground upon which the Wesleys and many of the Eastern Fathers stood. While there is much to be done toward establishing the direct channels of influence, the discourses of this volume will serve well the cause of discovering commonalities, as well as differences, in their theology and practice. One will find here foundation stones for building bridges of understanding and the deepening of spirituality.

About the Author: S. T. Kimbrough, Jr is Associate General Secretary of the General Board of Global Ministries of The United Methodist Church.