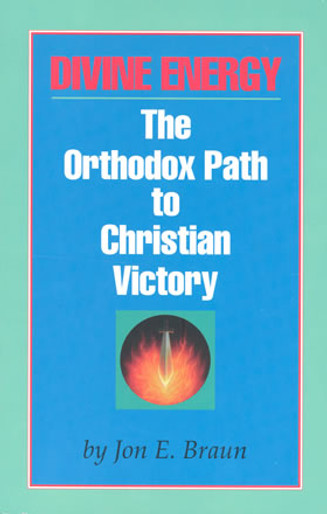 There are millions of committed Christians in Protestant Churches who sincerely love God with all their hearts but who also have discovered that the Christian life is often...a battle against sin. They are frustrated because they aren't winning what they believe should be their share of those spiritual wars. In the depth of Orthodox theology and spirituality, new--actually, old--answers may be found.Beginning with an assessment of the battle all Christians have been called to fight, Fr. Jon turns to basic Orthodox theology regarding the Trinity, the Incarnation, etc. as the foundation for our struggle in this battle. Finally, he explains the tools, or weapons, we may use to fight the good fight such as prayer, fasting, almsgiving, and living a virtuous life. These tools have been used in and encouraged by the Church for 2000 years. They are "time-tested". Fr. Jon writes: "We don't have to experiment. The Church now has two thousand years of battle knowledge behind her."

Fr. John is a former Campus Crusade for Christ regional director, who with 2000 evangelicals became Orthodox in 1987. Now an Orthodox Priest, he is a poular speaker and author, and is currently a parish priest in San Diego, CA.

Victory in the Unseen Warfare