Documents of the Baptismal Liturgy: Revised and Expanded Edition 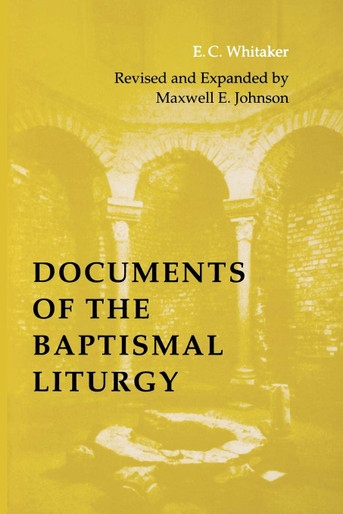 Documents of the Baptismal Liturgy: Revised and Expanded Edition

Since its first appearance in 1960, Documents of the Baptismal Liturgy has been praised and used by scholars in understanding how the rite of baptism was celebrated through the centuries. This new edition retains the sources previously included and adds Eastern Christian texts from the great East Syrian Church Fathers, as well as selections from The Rite of the Assyrian Church of the East, the Syrian Orthodox Church, and the Maronite Rite. Additional Western texts include the famous Pentecost Homily attributed to Faustus of Riez, Letter 26 to Januarius from Pope Gregory I, and the Rite of Confirmation from the Pontifical of William Durandus. Instead of placing local councils together in one section, individual councils are now placed in their respective geographic locals. Bibliographical lists in a variety of languages have been added for each document studied or for each locale; and translations have often been replaced with more recent versions. The glossary and the introductions to each document make it accessible to the general, as well as the specialist, reader. Chapters are ?The Ante-Nicene Church,? ?Syria, Syro-Palestine, Antiochia,? ?The Rite of the Assyrian Church of the East,? ?The Armenian Rite,? ?The Syriac-Maronite Rite,? ?The Byzantine Rite,? ?Egypt,? ?Africa,? ?Spain,? ?Milan,? ?Rome,? ?Gallican Documents,? and ?The Sarum Rite.??This is a most useful addition to liturgical study.? The Journal of Ecclesiastical History?The Church can only benefit from a concerted attempt on the part of all believers to understand more fully the diversity of what all of our brothers and sisters in Christ believe and practice, and this sort of ecumenical conversation can be greatly aided by a work such as the one that E.C. Whitaker compiled forty-four years ago, and that Maxwell Johnson has helped to make available once again.? Stone?Campbell Journal