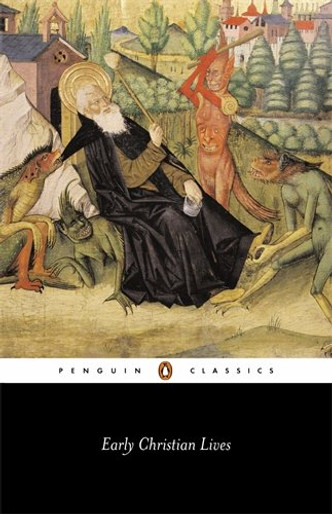 Written between the mid fourth and late sixth centuries to commemorate and glorify the achievements of early Christian saints, these six biographies depict men who devoted themselves to solitude, poverty and prayer. Athanasius records Antony's extreme seclusion in the Egyptian desert, despite temptation by the devil and visits from his followers. Jerome also shows those who fled persecution or withdrew from society to pursue lives of chastity and asceticism in his accounts of Paul of Thebes, Hilarion and Malchus. In his Life of Martin, Sulpicius Severus describes the achievements of a man who combined the roles of monk, bishop and missionary, while Gregory the Great tells of Benedict, whose Rule became the template for monastic life. Full of vivid incidents and astonishing miracles, these Lives have provided inspiration as model for centuries for Christian worship.

In her introduction, Carolinne White discusses the development of monasticism, the tradition of hagiography and the sources, themes and iconography of the Lives. This edition also includes prefaces to each work, a chronology, a map, further reading and notes.

Marriage as a Path to Holiness - Lives of Married Saints