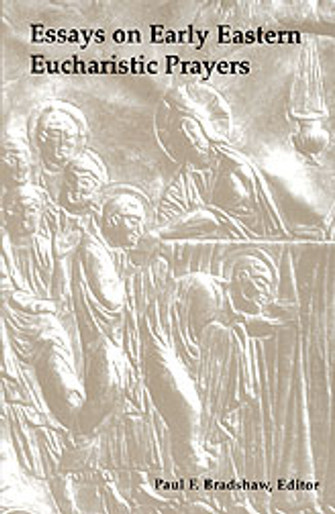 A companion to Prayers of the Eucharist: Early and Reformed

The Churches of the East possess a sometimes bewildering array of Eucharistic prayers. Essays on Early Eastern Eucharistic Prayer offers a guide to the exploration of the principal prayers, and presents in a simple and succinct manner the current scholarship on the origins, development, and relationship of these particular prayers to other ancient prayers.

As well as summarizing the state of research and suggesting directions for future study, these essays explain the history of these prayers, their relationship to one another, and reveal how and why early Christian prayers developed as they did. In this way Essays on Early Eastern Eucharistic Prayers produces a clear picture of the way early Eucharistic prayers emerged and grew in the Eastern Churches.

Paul F. Bradshaw is professor of liturgy at the University of Notre Dame and was vice-principal of Ripon College, Cuddesdon, Oxford, England. He is the author of Liturgy in Dialogue and Early Christian Worship published by The Liturgical Press.