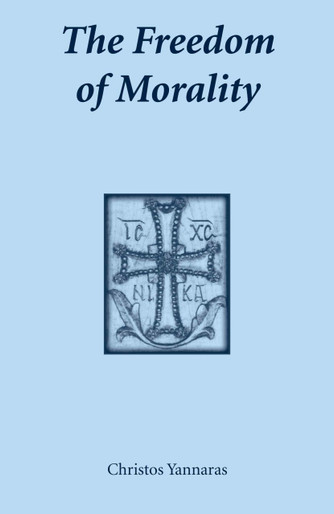 This major Orthodox contribution to the study of "ethics" takes as its point of departure the concept of "hypostasis" or "person," not only as this is presented in the theology of the Greek Fathers but also as it is experienced in the worship, ascetical life and art of the Orthodox Church. In this perspective, morality is seen not as "an objective measure for evaluating character and behavior, but the dynamic response of personal freedom to the existential truth and authenticity of man." The author states that "freedom carries with it the ultimate possibility of taking precisely this risk: that man should deny his own existential truth and authenticity, and alienate and distort his existence, his being." What we call the morality of man is the way he relates to this adventure of his freedom. Morality reveals what man is in principle, as the image of God, but also what he becomes through the adventure of his freedom: a being transformed "in the likeness of God."

About the Author:  Christos Yannaras, a leading Greek theologian and professor, is the author of more than a dozen books on ethics, theology, and modern religious philosophy.

The Freedom of Morality is part of the CONTEMPORARY GREEK THEOLOGIANS SERIES.

The Vision of Matthew: Christ, Church, and Morality in the First Gospel