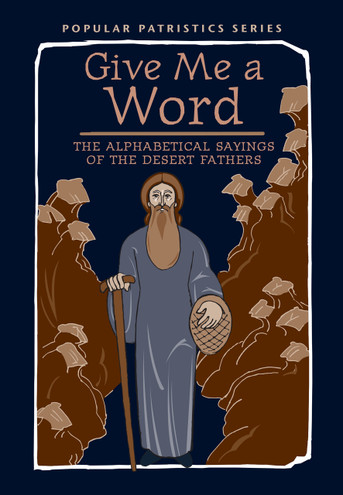 When Christians first began living as monks in the Egyptian desert at the beginning of the fourth century, they had few books and almost no learning. As they gained experience, they concentrated that experience in the form of an oral tradition of tales and sayings (apophthegmata). Apart from the Scriptures (also learned by heart) this was the only training manual they had. Consequently, when the onslaught of barbarians drove many monks out of Egypt early in the following century, they found it better to preserve their oral tradition in writing.

Thus, towards the end of the fifth century there eventually emerged a codification of this monastic lore. It was in two parts: one in which the items were arranged in alphabetical order by the name of the monk who either authored the saying or was characterized in the tale; the other in which all the remaining “anonymous” material was arranged under various heads. The present volume is an attempt to provide the reader with an effective translation of the first of those parts.

About the Author: For many years John Wortley taught medieval history at the University of Manitoba. Now professor emeritus, he still serves as a priest of the Anglican/ Episcopal Church. Of his many translations from Greek he is best known for John Skylitzes: A Synopsis of Byzantine History 811–1057 (Cambridge University Press, 2010).

The Sayings of the Desert Fathers

The Wisdom of the Desert Fathers and Mothers

The Desert Fathers - Sayings of the Early Christian Monks