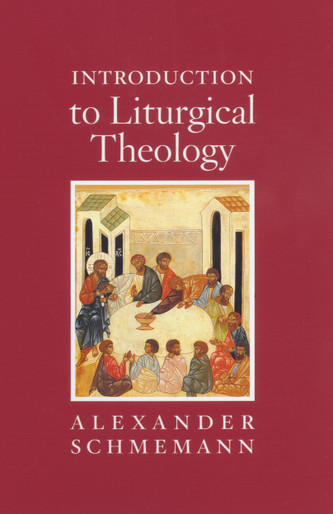 Alexander Schmemann was deeply stimulated by modern movements and figures in Western Christian thought. He brings into the Western discussion of Christian unity, the relation of the Church to the world in revolution, the question of papal supremacy, and the effort to commend the gospel to a post-Christian world's worldview at once Orthodox, patristic, and realistic. His sacramental realism and wholeness is exciting and refreshing for those, both Protestant and Roman Catholic, who have been reared on scholastic categories.

The present work was basic to much of Schmemann's academic research and creativity. In it, he defines liturgical theology, noting that the dynamic realism of the Eucharistic liturgy often has been obscured in popular liturgical piety. This theme is developed in reference to the shape of worship as it evolved in the Orthodox Church, from the earliest years to its crystallization in Byzantium from the ninth through the twelfth centuries.

About the Author: Father Alexander Schmemann was a prolific writer, brilliant lecturer, and dedicated pastor. Former dean and professor of liturgical theology at St Vladimir's Orthodox Theological Seminary, his insight into contemporary culture and liturgical celebration left an indelible mark on the Christian community worldwide.

Beginner's Introduction to the Philokalia