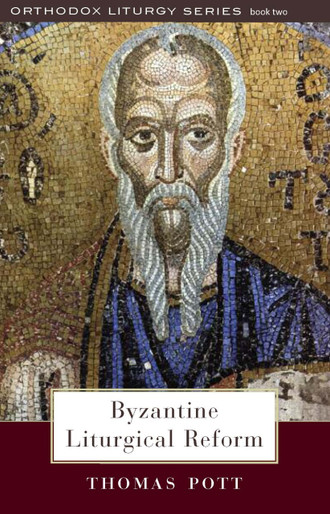 Students of liturgy will find clear and useful presentations of several key periods in Byzantine liturgical development. Of even greater significance is the discussion on the very nature of liturgical reform. The guidelines author Thomas Pott develops to categorize and evaluate various types of reform are particularly useful and can be applied equally to reforms in all Christian traditions, eastern and western.

In the first part of this work, Pott demonstrates that deliberate liturgical reform, as distinguished from the organic, spontaneous development of a liturgical tradition, is nothing new in the Byzantine rite. In the second, he examines four examples of reform, describes the cultural and religious context of each, and focuses on the theological rationale underlying each case: 1) the Studite reform led by St Theodore and his successors beginning at the end of the 8th century; 2) the development of the Paschal triduum from the 8th to the 13th century; 3) the development of the prothesis from the 11th to the 14th century; and finally 4) three 17th century reforms among Catholic Ruthenians, among the Orthodox in Kiev under Metropolitan Peter Moghila, and in Moscow under Patriarch Nikon.

About the Author: Thomas Pott, a monk of the Monastery of the Exaltation of the Holy Cross in Chevetogne (Belgium), is Professor of Liturgical Theology at Sant Anselmo University and at the Pontifical Oriental Institute in Rome.