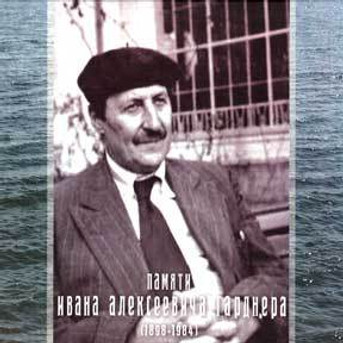 This historic CD is a world-premiere recording devoted entirely to the sacred choral works of Ivan Alekseyevich Gardner, better known in the West as Johann von Gardner.  A unique and multi-faceted Russian musician and scholar, whose entire life, in one way or another, centered around Orthodox church music, Gardner was compelled to leave his homeland in 1920, living thereafter in Serbia (Yugoslavia), the Holy Land, Austria, and Germany. Virtually single-handedly, he carried the torch of scholarship in the field of Russian Orthodox liturgical music, while his compatriots in the Soviet Union were prevented from doing so by the Communist regime. He authored a major two-volume history of Russian church singing as well as nearly one hundred articles and monographs, in which he sought to continue, through historical investigation and scholarly argument, the movement initiated at the Moscow Synodal School of Church Singing—at attempt to return Russian liturgical music to its traditional Orthodox roots from which it had strayed in the 18th and 19th centuries under Western European influence. Although Gardner’s contribution to this process as a composer is lesser-known, he wrote over 100 sacred liturgical choral works, almost all of them based on authentic Znamenny, Demestvenny, Kievan and other chants. As this CD reveals, Gardner was in every respect a follower of the best traditions of the “new Russian choral school”--Kastalsky, Gretchaninoff, Chesnokov, Rachmaninoff—using the full coloristic resources of the mixed choir in a rich palette of “choral orchestration.” Like many of the works of the “Moscow School,” Gardner’s works for the most part lay outside the capabilities of Russian émigré choirs, and thus remained unsung... until now. Twenty-three of them are given a competent initial reading on this disc by the Choir of the Synodal Library—a newcomer to the Musica Russica catalog. Every track contains sonorous combinations that surprise and delight the ear, while remaining within the bounds of the ecclesiastical style: firmly grounded in traditional, text-bearing chant melodies and clothed in beautiful, consonant harmonies, intended to transport the hearer to a heavenly reality. This disc reveals Gardner to be an important composer whose works merit being extensively explored and incorporated into the corpus of the Russian choral repertoire. This limited-edition CD is a must for every lover of Russian sacred choral music.--V. M.

Is Dating Your Road Map to Engagement?