Knowing the Purpose of Creation Through the Resurrection 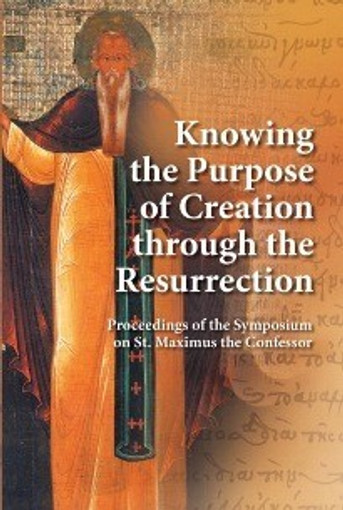 Knowing the Purpose of Creation Through the Resurrection

The present volume is a collection of presentations delivered at the St Maximus the Confessor International Symposium held in Belgrade at the University of Belgrade from 18 to 21 October 2012.
The primary motivation for organizing this Symposium arose from a desire to suitably honor the commemoration in 2012 of the 1350th anniversary of the repose of St Maximus the Confessor. Inspired by the enthusiasm and support of many scholars , and most notably by Bishop Atanasije of Herzegovina to whom we owe our heartfelt gratitude, the Department of Patristic Studies of the Faculty of Orthodox Theology of the University of Belgrade in Serbia, in collaboration with the Orthodox Christian Studies Program of Fordham University, organized this international symposium on Saint Maximus under the title: “Knowing the Purpose of Creation through the Power of the Resurrection.” The title of the conference is based on Saint Maximus’ words in his Centuries on Theology and Economy (1.66): He who is initiated into the inexpressible power of the Resurrection apprehends the purpose for which God first established everything.
A second incentive for the conference, equally important for the organizers, was the awareness that 32 years have passed since the epochal event of that first-ever symposium on St Maximus the Confessor, held in Fribourg, Switzerland, September 2-5, 1980.
In the last decades of the twentieth century, patristic studies as a whole, and the study of various aspects of the theology of Maximus the Confessor in particular, have grown exponentially. Interest in the great Confessor crosses confessional lines. He has become a central point of reference in Orthodox-Catholic dialogue. A major theologian of the Byzantine Church, Saint Maximus is venerated in both Eastern and Western Christian traditions as a theologian of Incarnation and Resurrection in his deepest intuitions. One of the goals of the Belgrade Symposium was therefore to continue the work of the Fribourg Symposium not only by summarizing the current state of Maximian scholarship as it exists in the early twenty first century, but also by highlighting those ecumenical and eirenic elements of St Maximus’ teaching that cross confessional lines, and further by drawing on the multi-dimensional light of his theology to engage the issues that are relevant for our time now and into the foreseeable future.

In Albania - Cross and Resurrection

Kontakion on the Nativity of Christ (CD)