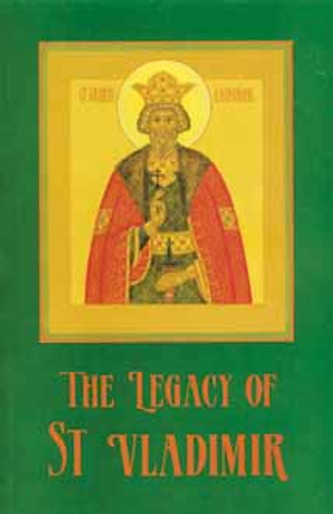 Since the first centuries of the Christian era, Eastern Christianity has expanded through the various cultures of the Middle East and Eastern Europe, using a variety of languages in its worship and thus allowing native peoples to accept Christianity as their own. Most significant in this expansion was the "Baptism of Rus" which occurred in 988AD, as St Vladimir, prince of Kiev, made Byzantine Orthodox Christianity the official religion of his realm. From Russia, through Alaska, Orthodox Christianity came to North America as well. The missionary dimension of this entire development inspired the dedication of an Orthodox graduate school of theology to St Vladimir in 1938.

These twenty papers, written by a diverse group of internationally known theologians, historians, pastors, and musicologists, were presented at an academic symposium held in September 1988 in recognition of the fiftieth anniversary of the founding of St Vladimir's Seminary. They provide a fascination picture of the historical, liturgical, social, and spiritual developments which led Orthodox Christians from Byzantium to the modern world.

Among the papers included in this volume are: "From Byzantium to the New World" (John Meyendorff), "The Legacy of Sts Cyril and Methodius" (Dimitri Obolensky), "Liturgical Singing or Sacred Music?: Understanding the Aesthetic of the New Russian Choral Music" (Vladimir Morosan), "Flares of Moscow as an Ascetic" (Robert Nichols), "Orthodoxy and the Bible Today" (John Breck), "Orthodox Theology in the West: The Reformation" (Jaroslav Pelikan), "On Ecclesial Conciliarity" (Thomas Hopko), "Orthodoxy and the Evolution of Aleut Culture" (Michael Oleksa), and "Patriarch Tikhon: A Vision of Orthodox Mission in the New World" (Leonid Kishkovsky).

Our Lady of Vladimir [S]