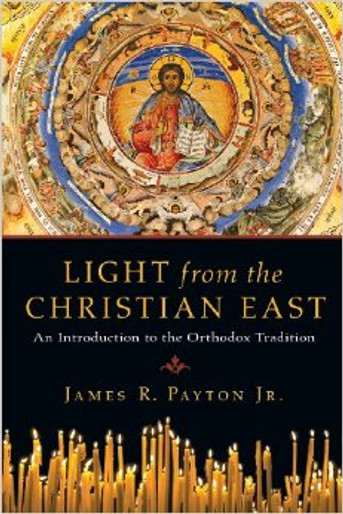 To many people, the Orthodox Christian tradition (or Eastern Orthodoxy) seems unfamiliar and mysterious. Yet this tradition is arguably the most faithful representative of ancient Christianity in existence today and numbers roughly 250 million adherents worldwide. What's more, a steady stream of evangelical Christians has been entering the Orthodox Church in recent decades. Isn't it time we gained a deeper understanding of Orthodoxy?

In Light from the Christian East, James Payton gives us just that. With a sympathetic eye and even hand, he ushers readers into the world of Orthodox Christianity- its history, theology and religious practices. In doing so, he clears away the confusion and misunderstandings that often prevent non-Orthodox Christians from fully appreciating the riches of this ancient tradition. This book is essential reading for anyone interested in Orthodox Christianity.

"This is a book for those who want a more comprehensive vision of the Christian faith without feeling the need to convert to the Orthodox Church. It provides information on major themes in Orthodox theology while inspiring readers to embrace all that is holy and right within it." -Bradley Nassif, Professor of Biblical and Theological Studies, North Park University

"James Payton has combined his thorough familiarity with Eastern Orthodoxy with a gracious and respectful sensibility, and produced a book that is inviting, accessible and more content-rich than an introductory work is expected to be. Light from the Eastern East is an excellent book." -Frederica Mathewes-Green, author of The Illumined Heart: The Ancient Christian Path of Transformation

James R. Payton Jr. (PhD, University of Waterloo, Canada) is a professor of history at Redeemer University College in Ancaster, Ontario. He has studied and been in dialogue with Eastern Orthodoxy for many years and has lectured and written extensively on Orthodoxy and Protestant-Orthodox relations. He is president of Christians Associated for Relationships with Eastern Europe.

Light of All Nations: Essays on the Church in New Testament Research

Liturgikon: Book of Divine Services for the Priest & Deacon