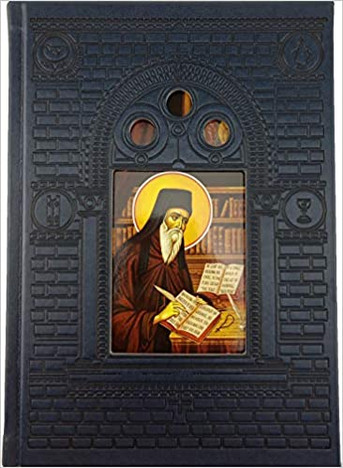 Made for Union, by Rev. Fr. George Dokos, presents a comprehensive study of the sacramental spirituality of St. Nikodemos of the Holy Mountain, a Saint of the Orthodox Church who flourished in the late 18th and early 19th century during the period of the Ottoman Occupation. Although a monk and serious ascetic himself, St. Nikodemos emphasized in his many works the centrality and necessity of the liturgy and sacraments in the life of the Christian. From the Foreword (by V. Rev. Archimandrite Maximos Constas) In a series of richly and meticulously documented chapters, Fr. Dokos details St. Nikodemos’ sacramental spirituality, providing us with a detailed presentation of the sacramental foundations of the saint’s thought and theology. After an introduction covering the saint’s life and work, the book begins with a general overview of St. Nikodemos’s ecclesiology, in which the Church is the locus of new life in Christ. This is followed by chapters on Baptism, Chrism, Eucharist, and Confession and Repentance. Fr. Dokos possesses a virtually unparalleled familiarity with St. Nikodemos’ writings, which he has studied both deeply and widely, bringing the full range of the saint’s teaching to bear on the subject. His book provides us with an important corrective to the specious separation of “private” ascetic prayer and “public” liturgy.

For Mind and Heart: St. Nektarios as Teacher

Maria the Mother of God

Laurel and the Wind