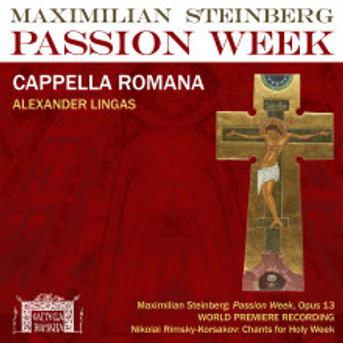 On the heels of their chart-topping GOOD FRIDAY IN JERUSALEM, Cappella Romana releases its 21st CD, the WORLD PREMIERE RECORDING of STEINBERG’S PASSION WEEK, following their sold-out world premiere live performances of the work in 2014.

Bridegroom Services of Holy Week, The

Holy Week: A Series of Meditations

Miracles of the Lord - Sermons by Saint Gregory Palamas

Marriage the Mystery of Love

Marriage and Virginity according to St. John Chrysostom

Manual of the Hours of the Orthodox Church [spiral-bound]