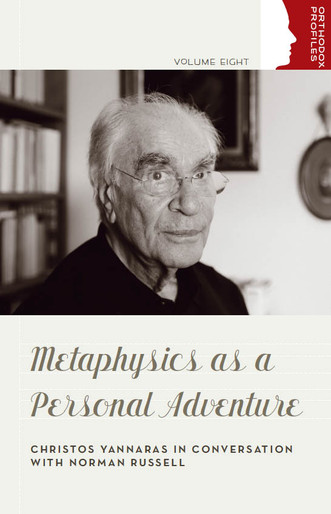 Christos Yannaras is a philosopher, theologian, and political thinker widely regarded as one of the most important Orthodox thinkers of the twentieth century. He sees theology—along with philosophy—not as an academic enterprise, but as a serious approach to reality in all the dimensions vital to life today. A controversial figure, he castigates much of what passes for Christianity in the East as well as in the West, calling it a religionization of faith. In this book he responds to searching questions concerning his work, setting his thinking as a whole in an integrated vision of knowledge, truth, relationship, and salvation.

About the Authors: Christos Yannaras is Professor Emeritus of Philosophy at the Panteion University of Athens. He is also well known in Greece as a public intellectual through his newspaper columns and television appearances. Norman Russell is an honorary research fellow of St Stephen’s House, Oxford. He is a noted patristics scholar and the English translator of several of Yannaras’s books.

The Adventure of Father Evangelos for Children