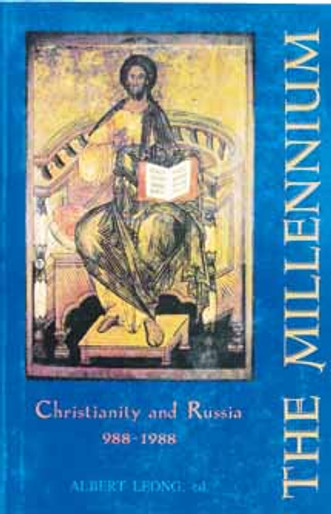 In 988 AD, according to the Povest' vremennykh let (Russian Primary Chronicle), Grand Prince Vladimir I of Kiev replaced paganism with Eastern Orthodox Christianity as the official religious orientation of Kievan Russia.

Joining the worldwide observance of the millennium of Christianity in Russia, the University of Oregon presented a public humanities symposium, art exhibitions, films and concerts on The Millennium: Christianity and Russia (988-1988 AD) to note the impact of Eastern Orthodox Christianity on the historical and cultural development of Russia and the Soviet Union.

The collection of papers presented at the symposium by renowned specialists in Russian art, history and culture illuminates the meaning of Orthodox Christianity and its influence on the humanities in Russia and the Soviet Union today and provides the general reader, as well as students and teachers of Russian culture, with a better understanding of Russian culture and civilization.