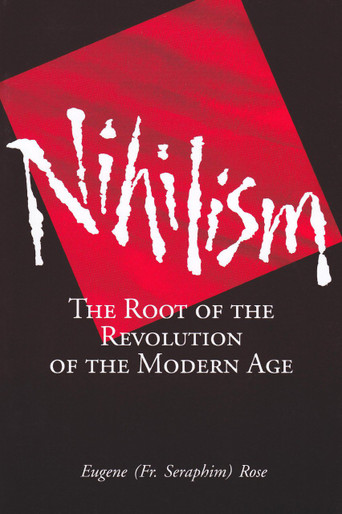 "What does Nihilism mean?" wrote Fredrich Nietszche. "-That the highest values are losing their value. There is no goal... There is no Truth, no 'thing in itself'. There is no answer to the question: 'why?'"

In 1962, the young Eugene Rose undertook to write a monumental chronicle of the abandonment of Truth in the modern age. Of the hundreds of pages of material he compiled for this work, only the present essay, on Nihilism, has come down to us in completed form. Here Eugene reveals the core of all modern thought and life- the belief that all truth is relative- and shows how this belief has been translated into action in our era. Today, nearly half a century after he wrote it, this essay is more timely than ever. It clearly explains why contemporary ideas, values, and attitudes- the "spirit of the age"- are shifting so rapidly in the direction of moral anarchy, as the philosophy of Nihilism enters more deeply into the fiber of society. Nietszche was right when he predicted that the twentieth century would usher in the "triumph of Nihilism."

Some years after writing this essay, Eugene Rose became a monk in the mountains of northern California with the name Fr. Seraphim. Although he lived his whole life in America, he has become, after his death, one of the most popular spiritual-philosophical writers in Eastern Europe.