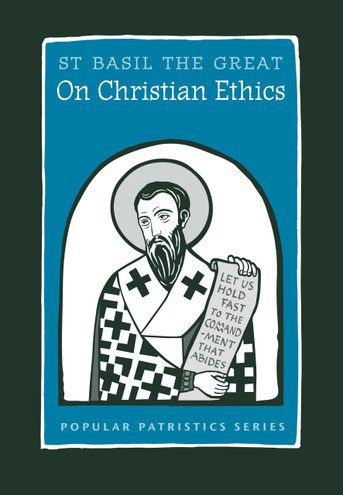 St. Basil was a towering figure in the fourth-century Church.  In the midst of great controversy, he led the charge of those faithful to the doctrine proclaimed at Nicaea. For the bishop of Caesarea, the array of false teachings that plagued the Church was not merely a matter of conflicting opinions or interpretations.  It was rather a result of the moral failure of so-called leaders of the Church to look first to the will of God revealed in Scripture as their compass in all things-in matters of both theology and personal conduct.

Here St. Basil lays out a consistent theological ethic, rooted in a nuanced appreciation for the supremacy of Scripture.  These texts, presented with the Greek on the facing page, are essential reading for anyone interested in early Christian approaches to ethics as well as the right use and interpretation of the Bible.

Jacob N. Van Sickle, a scholar specializing in Early and Byzantine Christianity. is a PhD Candidate in Historical Theology at Saint Louis University.  He earned his MDiv and ThM from St Vladimir's Seminary.

The Letters: Ignatius of Antioch