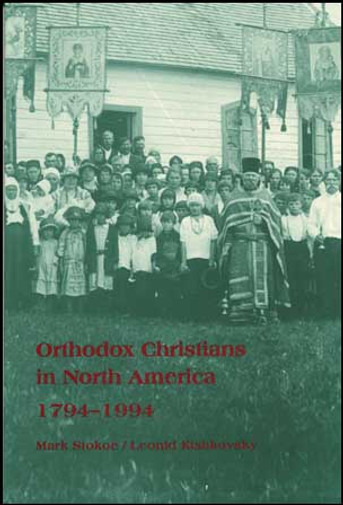 In a nation whose religious culture has accommodated Catholics, Protestants, and Jews, Orthodox Christians in North America have been largely overlooked and ignored. With few exceptions, their historical experiences remain unrecorded, their documents untranslated, their personalities, institutions, and activities unknown.
Contemporary American Orthodoxy is the result of the Russian missionaries to Alaska, but also of the migration of peoples from Central and Eastern Europe and the Middle East. As a result, it often presents an "ethnic" face to American society. Building on an earlier pioneering historical work, Orthodox America (compiled for the 1976 American Bicentennial), the present work seeks to provide the reader, both Orthodox and non-Orthodox alike, with a popular narrative account of two hundred years of Orthodox Christianity on this continent. From its humble beginnings in 1794, when a small group of missionaries landed on Kodiak Island, Alaska, Orthodoxy in America has expanded to comprise a church of over two million faithful. Yet numerous Americans from all cultural and religious backgrounds have, particularly in recent decades, joined Orthodoxy as well. Orthodoxy does have something to say to American society. Thus, the story is told on these pages.

Mark Stokoe- formerly Secretary-General of SYNDESMOS and Youth Director of the Orthodox Church in America is currently a freelance writer and a member of St. Paul's Church (OCA) in Dayton, OH.

Leonid Kishkovsky- an Orthodox priest, is former president of the National Council of Churches (USA) and serves as the Ecumenical Officer of the Orthodox Church in America.