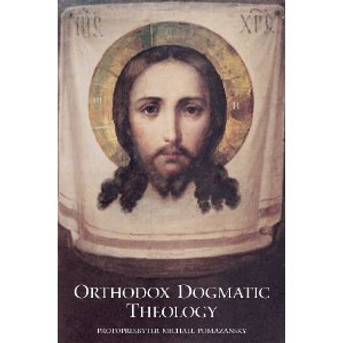 Protopresbyter Michael Pomazansky's Orthodox Dogmatic Theology has long been regarded as a standard source of Orthodox theology. Since its publication in Russian in 1963, it has been used as the main theology textbook at Holy Trinity Orthodox Seminary in Jordanville, New York; and since the publication of the first English edition in 1983, it has come to be regarded throughout the English-speaking world as one of the best introductory books on Orthodox theology. Written clearly, simply and concisely, this modern-day classic is accessible not only to theology students but to the contemporary layman in general. As one deeply rooted in the tradition of the Orthodox Church, Fr. Michael quotes abundantly from the Holy Scriptures and the writings of the Holy Fathers, being concerned to present, not human opinions, but Divine Revelation, which has been handed down to us as the Church s certain, unchanging teaching.

EXPANDED THIRD EDITION: In the first English edition, Fr. Seraphim added many substantive footnotes in order to provide clarification on certain points or to introduce helpful information not included in the main text. In this third English edition, yet more notes have been added, primarily consisting of quotations from the Holy Fathers, in order to further elucidate Orthodox doctrines. This edition also includes a new preface, a new bibliography, and an expanded index.

The Experience of God: Orthodox Dogmatic Theology, Volume 3- The Person of Jesus Christ as God and Savior

The Experience of God: Orthodox Dogmatic Theology, Volume 3- The Person of Jesus Christ as God and Savior